If risk professionals know one thing well, it’s that risk doesn’t stop at a border or a culture. Compliance and risk specialists across all sectors understand that in order to find the needle in the haystack and to provide context to a screening and vetting process, all languages must be included in the search. 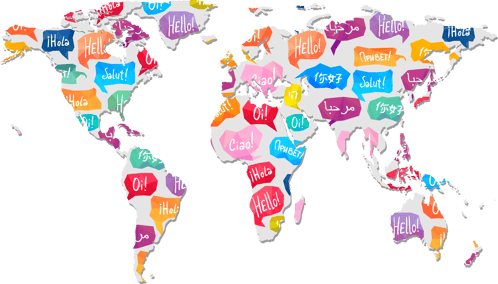 Traditional processes make the language problem extremely difficult. Static lists of illicit activity or negative news are often presented in one language only, missing a significant amount of potentially useful information. Traditional Google or Bing searches are also similarly inadequate - while these tools do index the web in many languages besides English, localized searches prioritize the professional’s geographical language, and also tend to return search results in the language of the query entered.

It is impossible to expect professionals be fluent in many languages. But a large portion of illicit activity we screen for is related to cross-border activity. We can look at drug trafficking as an example, though it is not the only one. While the United States experiences dangerous levels of fentanyl use, most illicitly manufactured fentanyl is sourced from Mexico or China, and then trafficked into the United States. Illegal opium cultivation similarly is cultivated in Mexico, as well as cocaine, marijuana, and methamphetamine. While Mexico is responsible for much of the drug distribution within the United States, it is not the only one. Africa serves as a transit point for drug organizations working to transact between South America and Asia. This is a pattern repeated across other activities: human trafficking, terrorism, corruption, and organized criminal networks, to name a few.

All of these transit points, stops, and engagements across the globe will be documented, or leave bread crumb trails that compliance and risk specialists rely on to catch illicit actors, in languages other than English. But how can all of that information effectively be “caught” in the net of screening and investigation, if the users themselves are not fluent?

This is where advanced technologies like GOST (Giant Oak Search Technology) can help. Because GOST indexes the open and deep web with integrated translation capabilities, all information regarding an entity will be returned, even if it is in another language. Then, within the interface, those snippets of information can be translated to the user's language. This capability is convenient and fast, and breaks down one of the most important barriers to contextual threat identification.

Risk professionals work hard, and the job will never be easy. But using GOST, you can be empowered to search more effectively and efficiently, without language getting in the way of identifying the risk.