This article was originally published in The Hill. 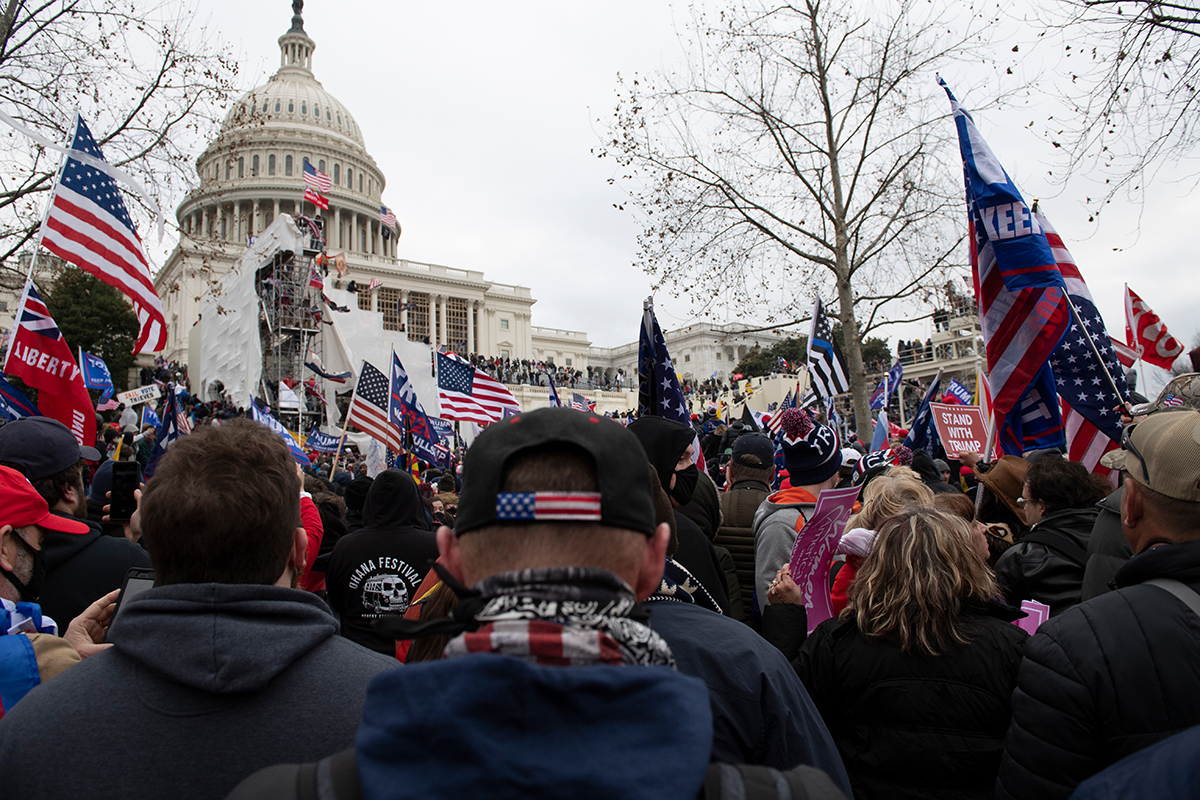 As the country continues to assess the meaning of the Capitol riots and the rise of far-right extremism, too much attention is being paid to Trumpism and the media ecosystem that supported it. But the modern challenge of the far-right is bigger than Donald Trump and his presidency.

We are facing a new type of extremism. By their dress and rhetoric, the Capitol rioters appear to be a continuation of the far-right extremists who emerged in the 1970s White Power Movement. But instead of being pro-American, this extremism is anti-American. The attack on the Capitol was undoubtedly anti-American.

As the Biden administration combats far-right extremism, here are a few strategies it should consider:

Appeal to extremists’ identity as Americans: Reframing their critiques of the status quo as unfounded conspiracies and legitimizing nonviolent protests would be positive first steps to take.

For instance, the British government secretly worked with Gerry Adams over decades to legitimize Sinn Fein as a political party that could win elections, offering Irish Catholics a political, nonviolent solution to their long-term goal of reunification with the Republic through the Good Friday Agreement.

Recognize that modern far-right extremism is much different than its predecessors: The counterterrorism playbook for the far-right must be updated to account for this change in ideology.

Historically, the twin pillars of American far-right extremism were structural racism and anti-immigrant attitudes, enmeshed within a Christian framework. This created space for eclectic and unique forms of American extremists desiring small government, such as anti-Federalist militias and Ku Klux Klan guerrillas who saw themselves as a genteel class defending Southern values.

These two pillars of extremism remain, but the far-right has evolved toward an obsession with biological race and culture, fringe pagan beliefs and a strong central state that protects the white race. These ideas coexist, compete and are increasingly displacing traditional far-rightist beliefs associated with the Ku Klux Klan and the anti-Federalist types. Indeed, these far-right nationalists are advocating closer allegiance with a nebulous and global grouping of white supremacists, who subscribe to an eclectic constellation of Old World and pagan beliefs.

Many of them receive militant training in camps run by neo-Nazis in Ukraine or domestically, hoping to learn skills necessary for mass-casualty attacks against Americans. These far-rightists have established ties with foreign nationals to create transnational terrorist groups. For instance, Rinaldo Nazarro, founder of The Base, built a network of extremists operating in Canada, Russia and the United States. Some foreign groups, such as the British neo-Satanist, neo-Nazi group Order of the Nine Angels, have been implicated in planned mass casualty attacks with American involvement.

Rethink how to address the subject of race: What makes this ideological spread so dangerous is that American extremists have institutionalized civil liberties that permit them to advocate for the destruction of the state without worrying about being arrested. All would-be terrorists have a reasonable right to privacy, limiting the tools available to law enforcement. Freedom of speech protects many forms of incitement, as evidenced by the wide circulation of James Mason’s Siege, and because the federal government doesn’t have a domestic terrorism statute, would-be domestic terrorists needn’t worry about the terrorist label unless there is an obvious foreign connection.

Taken together, a successful counterterrorism strategy by the Biden administration requires that, as Cynthia Miller-Idriss explains, society and elites address the subject of race in more explicit terms than platitudes such as “everyone is equal,” or else people “draw their own conclusions about what they observe in the world, or worse – let what they encounter online explain it for them.”

Utilize tech companies: Tech companies can play a role by deplatforming, as this limits the spread of propaganda, but not all messaging applications can be taken down. As such, whether it’s grassroots organizations or government bodies, society must meet these radicals in the same spaces they prey on youths and other vulnerable members of society and offer alternative narratives.

Be clear about consequences: Economist Gary Shiffman notes the importance of communicating the dire consequences of engaging in violence to deter bad actors. He cites the example of Pablo Escobar bombing an airliner — Escobar’s calculus would have been different if he had known he’d get killed a few years after.

Even if the United States lacks a domestic terrorism statute, the Department of Justice can use existing laws, such as hate crimes statutes and federal conspiracy laws, to threaten severe prison time and compel participants in these groups to moderate their activities or inform on potential plotters, becoming important sources of human intelligence. A less heavy-handed tactic is naming-and-shaming known extremists, stigmatizing associations with provocateurs and making them unwelcome in polite society.

The Biden administration has already started an admirable counterterrorism campaign, indicting the Jan. 6 insurrectionists and redirecting resources to combat the far-right. But politics is the lifeblood of terrorism, and until the United States pushes a robust political program to address racial animosity and the disbelief in America, the threat by the far-right will remain prevalent. Dispelling untruths is the only way forward.