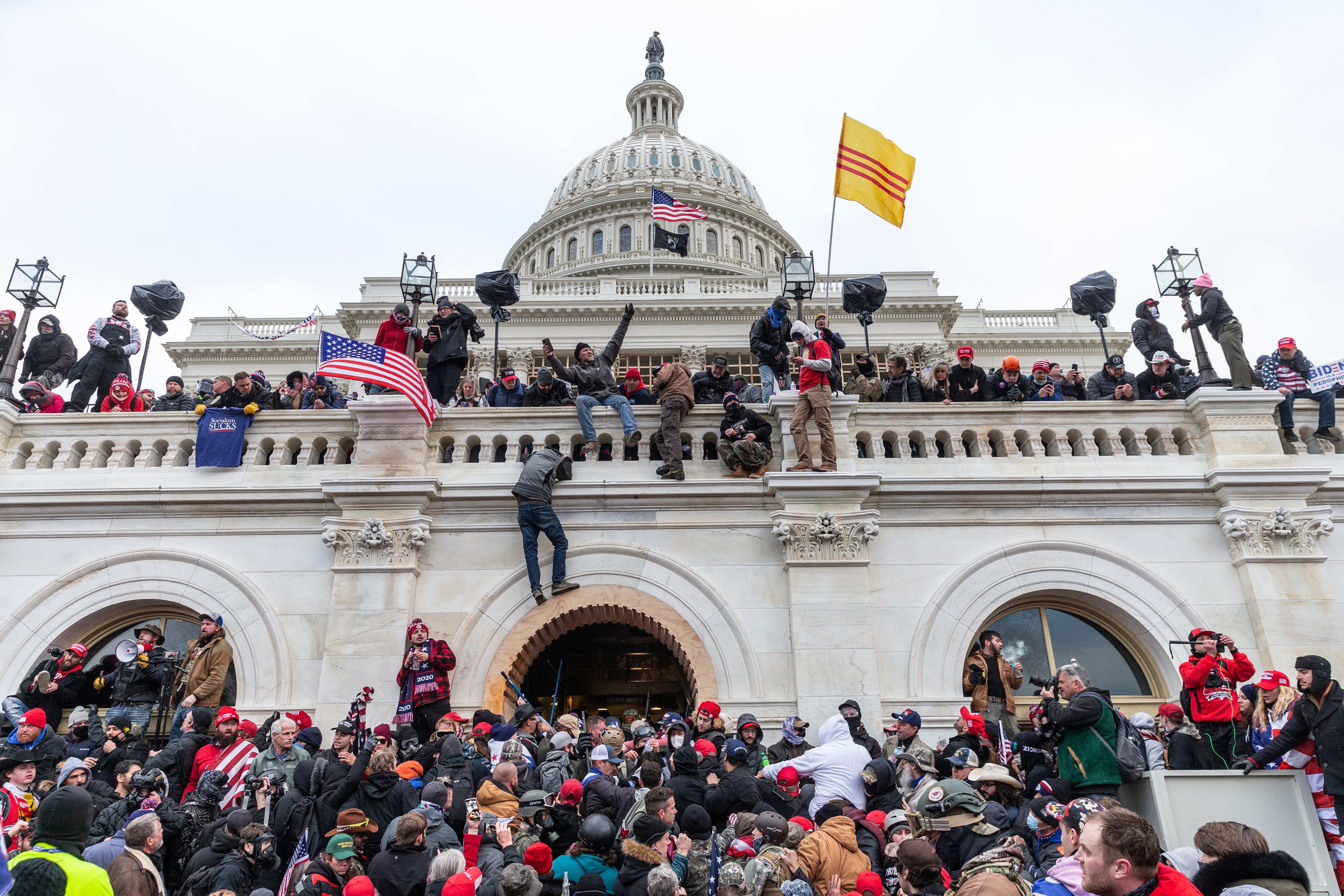 Jenny Cudd was a 36-year-old florist from Texas when she came to protest the elections at the Capitol two years ago; Robert Sanford was a retired firefighter living in Pennsylvania. Neither stood to gain personal wealth or power from their actions that day. They were like almost everyone else on the Mall. They were like almost everyone you know. Yet they joined a violent mob of two thousand entering the U.S. Capitol that caused $1.5m in damages and seven deaths.

Much has been written over the past two years, but the focus has been on President Trump and a few militia group leaders. Why Donald Trump may have “summoned tens of thousands of supporters to Washington for January 6th,” investigated by the January 6th Select Committee, seems clear; although this seemed clear two years ago. Investigating power plays in Washington is like investigating gambling in a pool hall. Not much is learned, so it’s a topic easily discussed, and like a shibboleth, reveals identities.

The more important questions relate to the crowd. Almost all of the January 6th perpetrators arrived in DC with no history of violence. Of the one-third of Americans sympathetic to the idea of the January 6th protest, a small percentage showed up. Of the tens of thousands present, only about two thousand knowingly broke the law. Although the QAnon leader in the Viking hat will be better remembered, the background people provide better insights into the future of violence.

Violent protests around the world provide context for this claim. In Iran, people are protesting theocratic tyranny while others loyal to the rule of Ayatollah Ali Khamenei respond by arresting more than 15,000 people, with many beaten, shot at, tortured and abused. In Russia, people are protesting Putin’s invasion of Ukraine but face similar violent treatment from internal security forces loyal to the state leader. Massive numbers of people are filling the streets to oppose the rule of Xi Jinping, causing challenges to the Communist Party of China at levels not seen since the 1989 Tiananmen Square massacre.

In 1960, the writer Elias Canetti published Crowds and Power, in part to account for his own firsthand experience with Nazi mobs in fascist Germany. Crowds and Power offers a compelling explanation of how crowds form and what drives people to join activities they would normally condemn.

Canetti frames crowd violence this way:  an ordinary person does not transform into a violent person; instead, the individual assigns their decision-making to the crowd in exchange for the feeling of power. According to Canetti, powerful crowds have four traits: large size, high density, equality, and a leader with a clear purpose. A crowd can act for good or for bad. Therefore, a powerful crowd can get people to take actions out of character – unusually noble or shameful.

Following the 9/11 attacks, economist Ronald Wintrobe looked past bin Laden to explore why people join violent extremist groups, and he came to a similar conclusion. People trade autonomy for solidarity, he argues, and the deeper one gets into a group, the more one gives up additional autonomy. Canetti and Wintrobe don’t make the violence of everyday people justifiable, just understandable.

Graydon Young also entered the Capitol on January 6th, but as a new member of the Oath Keepers, and he was prepared for violence. His group appeared to be growing in size, planned to convene in person, and appeared to him to have the backing of the President. At the time of his crimes, he reported feeling powerful – answering a prosecutor’s question as if he was the crowd:

Prosecutor: How did you feel at the time?

Young: I felt like, again, we were continuing in some kind of historical event to achieve a goal.

Young added, “Today I feel extremely ashamed and embarrassed.” Thousands of Graydons, Jennys, and Roberts perpetrated the January 6th riots. Will the next protest become a violent insurrection? It depends on who these background people give their decision-making power to – whether that’s the man in the Viking hat or the Capitol Police Officers.

Each of us joins groups that provide power and demand autonomy. Each of us is susceptible to giving up decision-making to a crowd, and with the benefit of hindsight, we may judge our actions as noble or embarrassing. Each is in the background of someone else's photo. This lesson can be uncomfortable. So the retrospective of the January 6th 2020 riots will likely focus on the details easy to discuss among friends, like past episodes of The Bachelor. Which side you choose will depend upon the narratives you follow.