Profiting from panic: the bizarre bogus cures and scams of the coronavirus era

This article was originally published in the Bulletin of Atomic Scientists. Click here for the complete article. 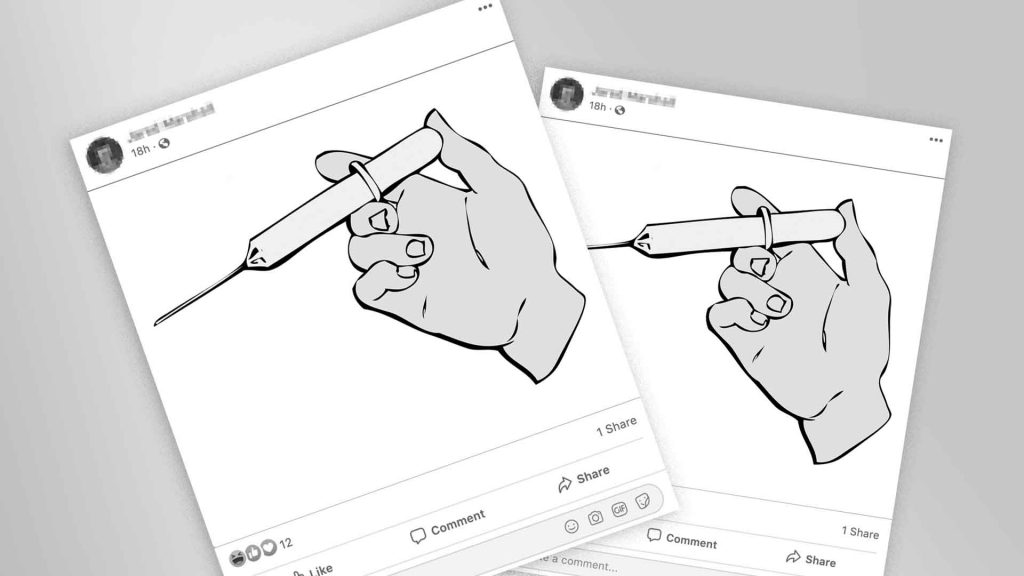 As the world awaits a scientifically proven treatment for COVID-19 alternative and evidence-free remedies such as pure vodka in Fiji or dried fish in Egypt have been circulating online. Since March, we have been cataloguing the various misinformation narratives around the coronavirus pandemic and have found more than 243 distinct storylines about false cures, preventative measures, and diagnostic procedures. This misinformation involves promoting existing drugs, alternative medicinal practices, and everyday food items as treatments for coronavirus. In many cases, companies or individuals have even tried to profit off of naïve individuals by selling bogus cures and making exaggerated claims about their products.

Old drugs new uses. One of the most common threads of misinformation around coronavirus treatments and preventative measures involves the repurposing of existing medical treatments—whether for malaria, bacterial infections, or pain relief. Common drugs such as aspirin as well as prescription drugs such as chloroquine, hydroxychloroquine, and azithromycin have been touted without evidence or with limited evidence as effective against COVID-19.

In the case of chloroquine and hydroxychloroquine, two related anti-malarial medicines, the drugs’ potential as treatments for the coronavirus may have once been a source of hope for many, even as strong evidence of their effectiveness was lacking. Despite the efforts of fact-checkers, we saw the narratives touting chloroquine or hydroxychloroquine as cures for COVID-19 appear in many countries from as early as March to the end of May. A common format of these stories involved reputable national scientists emphasizing the success of clinical trials. For example, even after experts began to raise serious questions about influential French research that purported to show that hydroxychloroquine was effective, a well-known news site in Pakistan published an interview with a scientist who discussed the supposedly successful use of hydroxychloroquine and azithromycin as a COVID-19 treatment in France.

Myriad other medications have been recommended as treatments for COVID-19. In Italy, a pharmacist claimed that Avigan, an antiviral medication, was being used in Japan as a cure and accused Italian pharmaceutical companies of concealing the potential treatment for profit reasons. This claim was debunked based on the drug’s limited success. In other countries a wide range of unsubstantiated treatments have been promoted, including: the antiseptic Betadine (Tunisia) and even supposedly antibiotic aspirin (Philippines and Germany). The final claim is ludicrous on two fronts: COVID-19 is a viral disease, not a bacterial illness treatable by antibiotics, and aspirin, of course, is not an antibiotic. Yet, in India, aspirin mixed with home remedy ingredients such as lemon juice and honey has been hailed as a cure in a set of viral WhatsApp and Facebook messages.

Some fake cures have repurposed alternative and non-Western medicinal practice. Homeopathic treatments, in particular the remedy Arsenicum Album 30, have been promoted in countries including the United States, Pakistan, and India. In homeopathy (itself a disputed practice), it is used to treat respiratory ailments like coughs or asthma, but experts in India, where it has been promoted by a government agency and widely distributed, say there is little evidence of its effectiveness against the coronavirus. Some political leaders are guilty of promoting these false cures. In India and Nepal, some politicians have even been falsely claiming on Twitter that homeopathy cured the United Kingdom’s Prince Charles. Other false treatments circulating in various countries online include Artemisia, a genus comprising medicinal herbs such as wormwood, sagebrush, and tarragon (Guinea), Agarwood (China), and Neem leaves (Malaysia, Guinea, Côte d’Ivoire).

Fake cures to eat, drink, and absorb. Everyday food items and essential vitamins with no scientifically proven therapeutic or preventative effect against the coronavirus have become popular home remedies as well. In China and Japan social media misinformation led to increased purchases of fruits, yogurts, and seasoned food, such as natto, a common fermented bean dish, driving up sales and triggering panic as supermarkets rushed to restock shelves. In China rumors that foods such as garlic, onion, ginger, and chili were useful in preventing coronavirus infection were spreading as of early March. According to The Kathmandu Post, a local government agency in Nepal, while wisely urging people to stay out of crowds, also recommended they use turmeric and garlic to inhibit COVID-19. In the Middle East and North Africa consuming honey, herbal teas, and Vitamin C rich foods was also encouraged by experts in herbal medicine.

Several dubious liquid concoctions have also been rumored to cure COVID-19. Israelis, according to one fake cure that circulated on Facebook, don’t worry too much about COVID-19 because they drink a lemon and baking soda tea each night. The concoction will “keep you alkaline all night,” according to one Facebook poster. In Iran, camel’s urine , milk with honey, and olive oil have been touted as cures. Through social media, rumors in one geographic region spread to countries far away; the bogus lemon and baking soda tea cure spread in both India and Israel.

And there is plenty of misinformation about other factors such as lifestyle practices or clothing said to be effective against the spread of coronavirus. Congo Check, a fact-checking organization in the Democratic Republic of Congo, reported on messages spread on Facebook and WhatsApp that falsely claimed that sunbathing could cure COVID-19. While sunlight may kill the virus outside the body, medical experts say it won’t cure a coronavirus infection. In the United States, President Donald Trump was a chief purveyor of this sort of misinformation when in April he suggested that somehow getting UV light into the body could be effective against COVID-19. Experts, including the German Federal Office for Radiation Protection, have warned people against exposing themselves to UV light devices meant for medical or industrial disinfection. Meanwhile, in South Korea and China recommendations to wear specific items to prevent catching the virus, such as anti-static clothing and special protective necklaces circulated online.

Pandemic profiteers. People have long attempted to profit from disaster. After Hurricane Katrina and more recently after Hurricane Harvey there were reports of phishing scams, criminals soliciting donations for non-existent charities, and other frauds. So, what makes the current coronavirus pandemic different? These natural disasters were one-off, geographically concentrated events. The global spread of COVID-19 provides a common topic around the world for those seeking to profit off of misinformation.

The COVID-19 crisis offers opportunities for criminals to profit through fraudulent schemes and products. Scammers have been using the pandemic to lure unaware individuals into disclosing their personal information. Some phishing schemes have even involved the promise of medical products. In China, scams about an application to purchase face masks, were debunked by the authorities. A website in South Korea that falsely advertised a free vaccine from the United States was taken down. In addition to the schemes to steal information, other plots involve selling fake cures. In the United States, some people have been promising COVID-19 cures for profit, far-right celebrity radio host Alex Jones was pitching a  "nano-silver" toothpaste,” for example. Multiple sellers on Amazon, have advertised unverified remedies including vitamins, herbal supplements, and even prayer books to end COVID-19.

Apart from misguided entrepreneurship from conniving individuals, opportunistic firms have also been engaging in fraudulent practices. In March, despite rising coronavirus cases, a German beer company promoted a beer festival, claiming that one of the beers can act as a form of oral vaccine. In South Korea, a company exaggerated claims that a car air purifier they produce destroyed 99 percent of bacteria, including COVID-19, this despite the fact that the coronavirus is not a bacterium. Another firm sold a line of deodorant with promised but unproven virus killing effects.

The consequences of such widespread misinformation that repurposes existing medical treatments, alternative medicines, lifestyle practices, and foods as treatments or preventative measures relevant to the coronavirus are threefold. First, it creates a sense of false hope, undermining the severity of the pandemic. Second, many of the claims are not backed by scientific evidence, and thus may lead individuals to take risky actions in the mistaken belief that their baking soda tea or sunbathing habits will protect them. And finally, the fact that these treatments may sound legitimate—in that they reference real or familiar medications or come from trusted peers on social media—means that they could encourage individuals to medicate at home and avoid professional help when experiencing symptoms of the coronavirus.

The desperation many people have for a cure or treatment for COVID-19 is understandable. In the United States, for example, there isn’t yet a fully-approved drug to treat the deadly disease. But in the case of the false cures being promoted online, something is almost certainly not better than nothing.