How To Prepare For Growth - StrategicCFO360 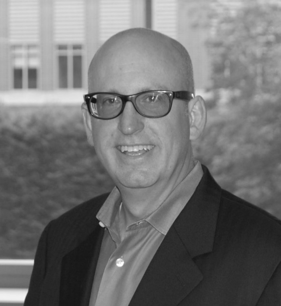 Giant Oak, a data-screening company based in Arlington, Va., is in growth mode, having expanded beyond an original focus in aiding the U.S. government by identifying illicit behaviors to now applying that technology in other fields such as the financial and healthcare industries.

Kenneth Friedli, who was tapped in June as CFO, sees one of his key tasks as managing that growth. “We’re certainly constantly looking at our gross margin,” Friedli says. “And that is when revenues double, part of our business model is that the costs don’t double.”

Friedli spoke with StrategicCFO360 about making decisions today that will also work for a company twice or three times the size as well as how he keeps a focus on innovation while also watching financial fundamentals.

What are the top priorities for you as CFO joining a company in the developing field of data science?

I have set three priorities for myself as the new CFO at Giant Oak. First, I will ensure Giant Oak’s financial operations, recordkeeping and reporting continue to function at a level of excellence. Too many times, I have seen companies fail to prioritize basic functions during a significant management transition. Inaccurate financial information can lead to poor customer and vendor relationships, internal stakeholder distrust and bad decision making.

Second, I want to optimize as many of our business processes as possible by evaluating the company as a data scientist. This starts with furthering my understanding of as many of Giant Oak’s operations, systems and procedures as possible. I plan to work with the correct stakeholders to align the right resources and successfully operationalize improvements that deliver results.

Third, I want to position Giant Oak for future growth. When making decisions, I like to envision Giant Oak as two or three times its size, because I believe it is important to establish an infrastructure today that is capable of meeting future needs. As much as possible, I want to consider future growth when implementing systems and processes and establish resources that are capable of handling significant growth with little other than the marginal costs associated with extra volume.

As a data scientist, when you talk about optimizing processes, what do those tools look like?

What I’m talking about there is looking at numbers, looking at times and processes or connections and things like that to really make sure first off, I understand everything about the company that I possibly can in such a fashion that I can then help with recommendations to make sure things are more efficient and optimized.

You probably hear this from most CFOs entering in the first 90 days in particular, unless it’s a startup, you need to make sure that the wheels don’t fall off the business. It’s great for somebody to come in and say that they’re going to position the company to grow and run it more efficiently. But the core of a CFO’s job in a lot of ways is really to make sure that the numbers are right, and they’re being presented to the stakeholders correctly. And we have banks, we have customers that we’re providing services to, we’re billing a lot of times based upon the data that’s coming out of the system. And really making sure that, particularly in the first 90 days, we’re not making mistakes such that, all of a sudden we’re in a position where our company is or I’m in a position where stakeholders don’t have confidence in what we’re doing.

And when you look further ahead, how do you envision the company growing? How does picturing the company at double or triple its size change long range planning?

The company is in a growth mode. I expect us to double in size over the next couple of years. And if you’re looking in the short term, you can make decisions on systems, financial system at the most basic, that would get you through today, but it won’t get you through what you’re expecting to see in two to three years. I certainly hate to double work. A financial system implementation takes effort. And I hate to do that now thinking that the company is going to be a $10 million company, and then in three years, it’s a $50 million company and we just implemented a financial system that doesn’t work. That’s an easy example in my sphere. But data warehousing, computer processing, human resources, how we hire all of those aspects—I don’t want to design something that’s too big for what we need, but I certainly want to make sure that it’s scalable in the next few years.

I gather Giant Oak serves a range of customers from private to public—how does that affect and/or complicate your financial modeling and forecasting?

Giant Oak uses an understanding of behavioral science and its machine learning search technology, GOST, to screen data, identify illicit behaviors and manage risk for organizations such as compliance teams leading anti-money laundering initiatives. While the modeling or forecasting needs are similar, GOST provides targeted solutions for each customer. For this reason, we often segment Giant Oak’s business between private and public. Certainly, there are general aspects to doing business in the public sector that differ with the private sector. The types of contracts, their terms and lengths, payment requirements, documentation, reporting, et cetera can be different in these two environments. Since every customer, public or private, has some unique requirements, any of these items end up being variables in the financial plan.

How do you also keep a focus on innovating? How do you figure out what to greenlight to get the most benefit in this economic environment?

With our GOST product we’re combining data and behavior to try and ferret out bad actors in multiple industries. And the way people operate today is different than the way people operated just 18 months ago. The pandemic certainly changed people’s use of data, their use of the technology. So we can’t rest on the great solution that we have right now and expect that it’s going to continue to do things for us in the future. A lot of it’s core and will travel into the future, but there are new, different things coming up all the time. We spend a pretty significant amount of money on our research and development. Our science team continues to really look at data and develop additional models to help us and our customers.

Ideally what does innovation look like in an industry that is changing so quickly?

Looking at the year ahead and potential risks, what metrics have you found most helpful in keeping the big picture in mind, while also alerting you to a possible problem that needs attention?

At its most core I’m focused on the financials and the profitability, and we’re certainly constantly looking at our gross margin. And that is when revenues double, part of our business model is that the costs don’t double—that we get some economies, that we continue to grow. And that’s fair. That’s what we see. So part of our business plan, you grow revenues and costs always increase when you’re processing more data or you’re storing more data, but not on a one for one basis. So that’s the biggest financial metric that I’m focusing on.

It sounds like that encompasses nearly every part of the business.

Yeah. And we do kind of segment the way we look at the business in terms of gross margin and then, the general and administrative costs as well. Particularly where we are in our company’s life cycle, as you continue to grow, again, it’s not a step function. Every time you add a customer, you don’t need to add another customer service rep or another accountant. There are some economies of scale.

So thinking about the use of this behavioral science, it would seem that there would be countless applications. I know that you’re focused on finding these bad actors in all these different environments, but how do you evaluate and what are the ideal opportunities when it would seem that this could be applied to so many different fields?

We really did start as a government-based company, really helping the government ferret out people—bad actors, people that were entering the United States in the wrong ways, human trafficking, et cetera. And then we migrated to where we think the next biggest opportunity is: to assist in financial management. So there it’s focusing on banks, making sure they know their customer. Helping them ferret out those people that are using the banks and financial systems in a bad way. But there are countless one-offs.

On the financial side, do you see an application in identifying potential Ponzi schemes?

I’m sure our teams are working on that. Working with law firms to make sure that their customers are compliant with the court orders. Loan servicers and insurance agencies, there’s a way that we can support their underwriting functions.

Do you mean by verifying income, or that sort of thing?

It goes beyond that. One of the things that we do is the easy stuff, verifying income. But also looking at the behavior of the folks that would be applying for loans and seeing if there’s anything in their overall behaviors that would indicate that maybe they’re not being truthful on their whole application.

What would be a red flag when you’re looking at patterns?

It’s behavioral patterns, that when you combine all sorts of data that’s publicly available from all of these people that would indicate that there might be an issue. We’re not claiming we’re going to capture every bad actor, but by saying that in this cohort of people there would likely be an issue and in this cohort there likely wouldn’t be an issue really helps those organizations be efficient with their detailed due diligence.

It’s just as valuable to know that there’s likely not an issue as it is that there is. The government, the banks, the law firms, the loan services—they’re going to spend people hours making sure that they are vetting their customers. To the extent that they focus on those that are more likely to be risky, the better off they are.